the agony of the ‘luxe or less’ debate haunts me a little too often, i have to admit.  do i buy the one i really adore, or do i save a substantial sum by going for the “almost there, but not nearly as spectacular” steal?

last week, for example, i succumbed to the “less” version of an hermes notebook i lost long ago (some little punk that broke my car window is now carrying hermes…can you believe it?!).  it’s a style i showed you in this year’s gift guides, and it’s lovely – in fact, in person, it’s better than the photos made it look.  it’s a dead ringer for my beloved hermes…but it’s just not the same.  still, in this case, when we’re talking $265 plus $60-80 for a refill, versus $35 including two refills (!), my frugality won out.

you can see how my bargain-buying tendencies have been pushed to the max.  so, i need some help if i’m going to brave the “luxe or less” debate yet again.  that’s where you come in, dear readers.

i’ve been looking for a great, ultra-slim laptop tote for months (hmm, probably more than a year, actually), and have now come across two that would work.  when it rains, it pours.  first, the luxe option – this divine tory burch “alice” quilted laptop case: 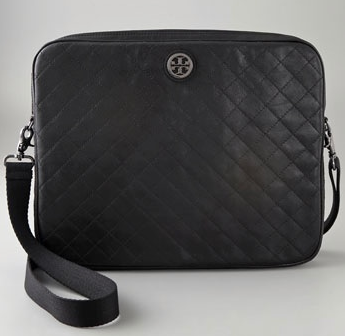 i go into palpitations just looking at this one!  the quilted leather, the slim profile, the subtle logo…it’s somehow professional and chic at the same time.  but at $195, for something i’m essentially using to tote my macbook over to starbucks to blog, it’s giving me pause.

in the “less” corner, we have this chevron-embossed version from acme made: 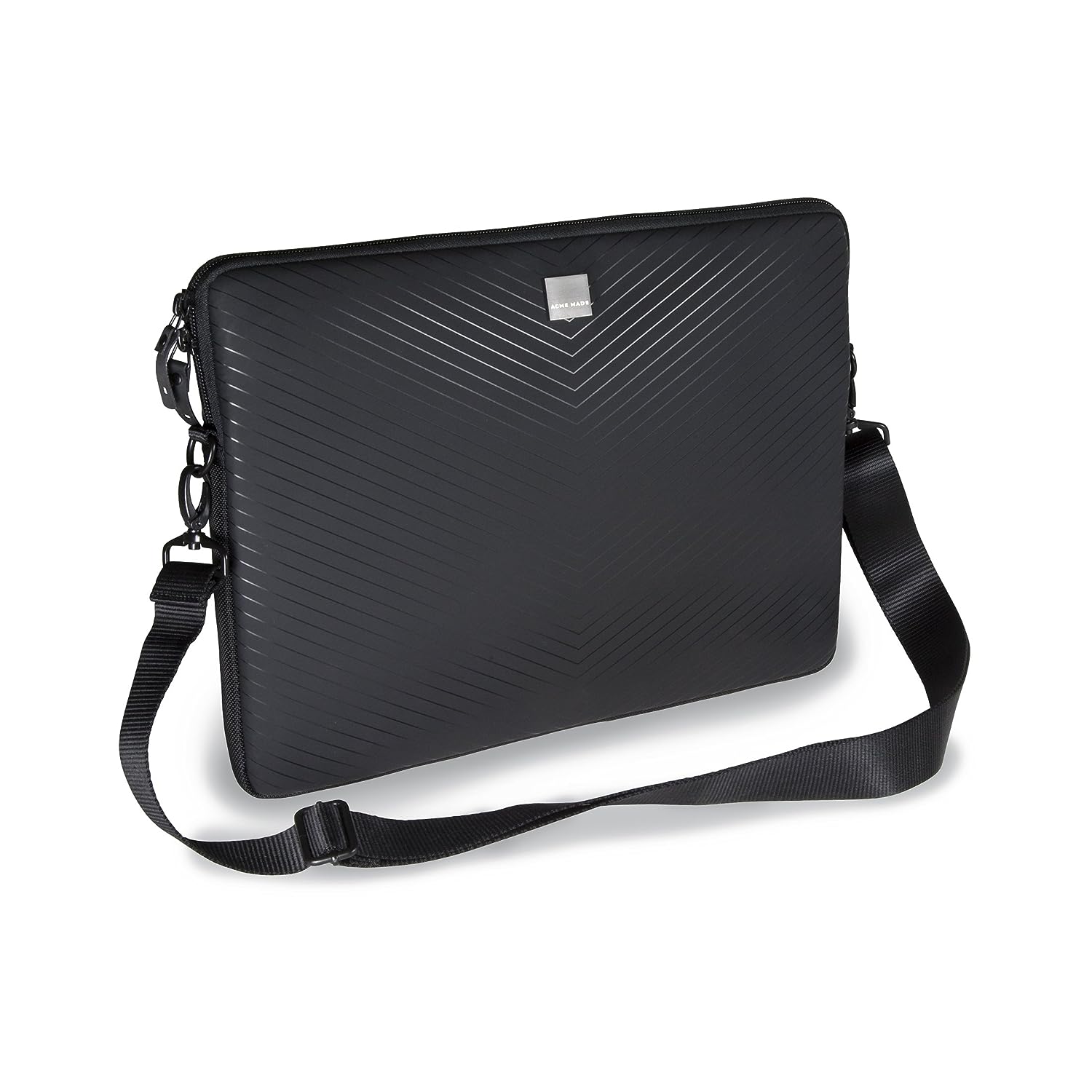 cute, right?  and not nearly as perfect as the splurge.  i know.  but it’s only $30, which helps immensely with the cute factor, i think.  still….oh, that tory burch version is just so lovely.

so, help me out, dear readers:  luxe or less?