While I may not love summer fashion, it’s hands-down my favorite season for cooking. Mountains of fresh fruit and veg at every farmer’s market, light summer pastas, pizza on the grill, making pesto out of just about anything…it’s exactly what I want to be cooking (and eating) all year long, but it’s just so easy in the summertime. This is the time of year when I let my CSA box dictate what’s on the menu for dinner, and honestly, I think I love the challenge of it. “Okay, gypsy peppers…what would one do with these?”

All this to say you’ll have to indulge my culinary wanderings a bit more this time of year. Because I’m devouring new cookbooks (and ingredients) as quickly as you’d chow down a plate of my homemade kale chips. My current favorites? I’m so glad you asked. 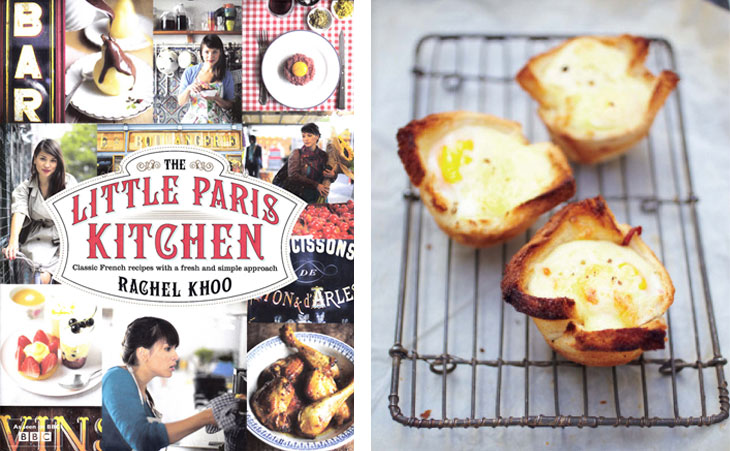 The Little Paris Kitchen, by Rachel Khoo (Chronicle). Honestly, I wanted this book because I got a bit hooked on Rachel during her BBC cooking show a few years ago (reruns on the Cooking Channel). The idea is this: British expat living in Paris, trained at Le Cordon Bleu and is now cooking up a bounty of fine French cuisine…in a miniature kitchen with two burners, one mixing bowl and a toaster oven. She serves everything up to dinner guests in her charming, Parisian living room – she says it’s the hardest reservation to get in Paris. Why I love it? Well, who doesn’t love an escape to Paris? But it’s more than that. Everything in Rachel’s culinary world is beautiful but simple. The recipes are full of complex French flavors, but the fact that you know she’s basically making it on a camp stove imbues everything with this “I can do it too” air that most French cookbooks lack. Croque Madame muffins? Kind of genius, really. Pork belly rillettes in 30 minutes? Scary, yes, but there are only four ingredients. And hey, if this chick can make it – in a toaster oven, no less – surely I can pull it off. 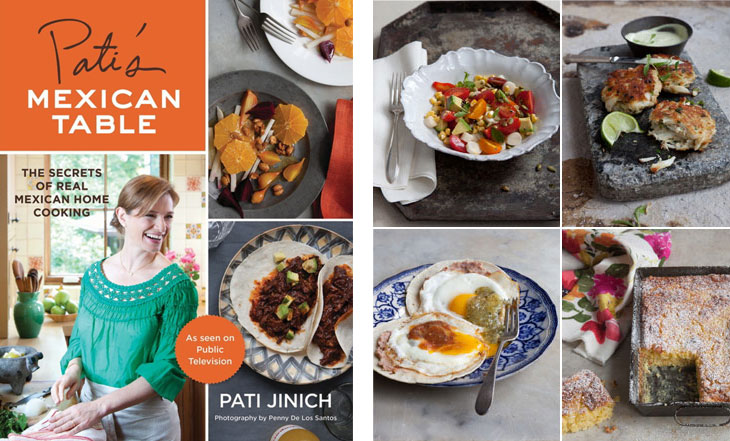 Pati’s Mexican Table, by Pati Jinich (HMH). Mexican cuisine is so perfect for summer, isn’t it? And not just because of the margaritas. Tortillas, avocados, citrus…it’s all just crying out for an al fresco dinner on a warm summer night. Most Mexican fare can be formulaic and stereotypical (not that I’d begrudge anyone a big plate of melted cheese), but Pati’s recipes feel authentic, fresh and full of flavor, and her love for this cuisine comes through on every page. I imagine this is exactly the food you’d be served if you were invited into someone’s home south of the border. If you gain nothing else from Pati, the chapter on salsas will change the way you look at cooking Mexican food forever. And you won’t find a better way to use those unusual CSA veggies than her ideas for Mexican-inspired salads. Watermelon with tomatillos, jicama, beet and orange…I’m already hungry. 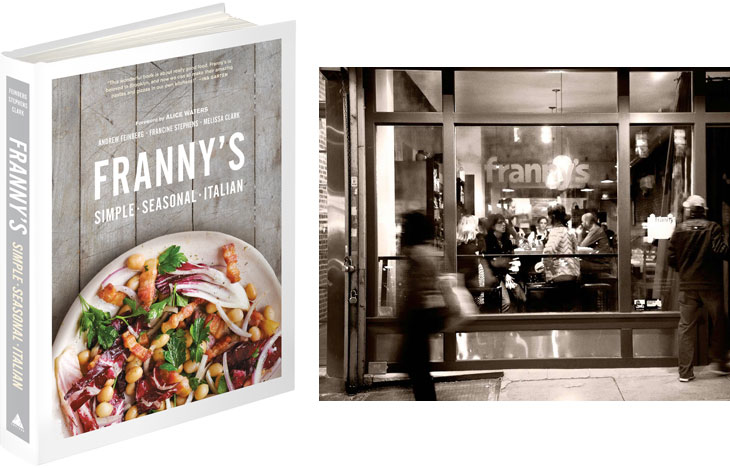 Franny’s, by Andrew Feinberg, Francine Stephens and Melissa Clark (Artisan). If you aren’t a New Yorker, you may not know about Franny’s, an unassuming little pizzeria in Brooklyn where it’s all but impossible to score a table. But when Alice Waters tells you it’s the best pizza anywhere, and Ina Garten tells you it’s the best pizza anywhere, and Melissa Clark bothers to co-write the cookbook, you know it’s going to be something special. When this book arrived, I sat down immediately to check it out. And I read the whole thing. Cover to cover. Every single recipe, from pastas to soups, had me mentally reviewing my pantry to see what ingredients I had on hand. For me, this book was really about techniques – I learned something new on every single page, whether it’s the secret to losing the ice crystals in my homemade ice cream, or how to get more flavor out of a homemade pizza crust (spoiler alert: you need at least 48 hours of advance notice). The chefs at Franny’s are big believers in simple combinations of the best possible ingredients, and it shows. Yes, some of the recipes are a lot of work, and may require a pricey trip to your favorite gourmet market. But take one look at the photos of the finished zucchini blossom, buffalo mozzarella and basil pizza, and I promise you, you’ll be rummaging through the cupboards searching for that wayward packet of yeast.

Tell me, am I the only one who gets bitten by the cooking bug every summer? Is everyone else just buying buckets of fried chicken and abandoning their stoves until September?

One thought on “foodie finds: the best new cookbooks I can’t stop reading”