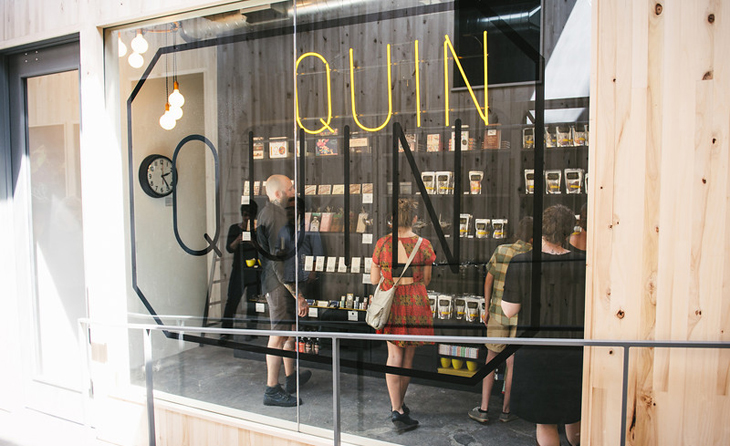 For those of you that haven’t guessed, I have a pretty serious sweet tooth. In fact, one of my fantasy careers has always been to own a candy shop. I’d be like Dylan Lauren…but probably about 50 lbs heavier from being around all that Cadbury (and, sadly, without the billion-dollar family legacy and a private yurt).

But I’m also a food snob. So, while I’ll certainly dig into an Oreo from time to time, it’s really the handmade goodies that make my heart sing. I’m what you’d charitably call a decent baker, but I’ve always dreamed of mastering the art of candymaking. Candy is as much chemistry as culinary art, and since even my college chem professor agreed I was a disaster in that particular field, I’ve always been openly in awe of those who do it well.

All this to say that when I got word Jami Curl (she of massive local fame for perfecting what is, quite simply, the best cupcake in Portland) had opened a chic new candy shop in town, my ears perked up. And when she told me that, instead of stocking the usual pre-produced fare, she was making her wares from scratch? I went from interested to obsessed in a hurry. 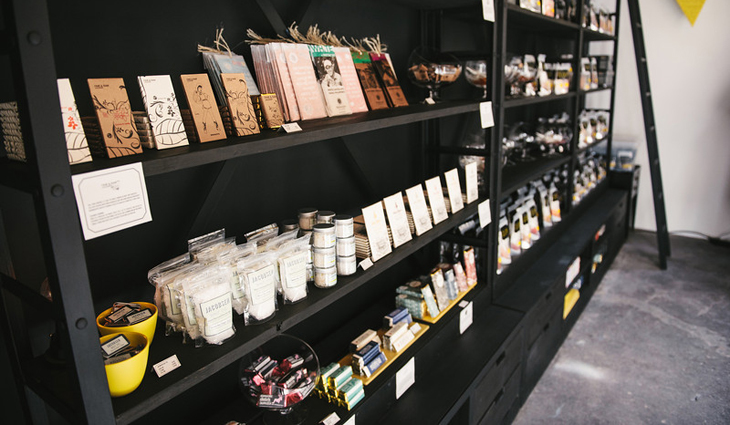 Her new venture is called QUIN, and it’s housed in a super-chic new suite of shops on West Burnside. For those of you not in Portland, don’t fret – she ships! In a mere matter of days, you can have her vanilla bean marshmallows (unlike any I’ve ever tasted), her blackberry tangerine gumdrops and her Woodblock chocolate caramels right at your front door. And you should, friends. You really, really should. And you should also throw in some delights you won’t be familiar with, like a little confection she calls “Dreams Come Chew”, which nets out somewhere between a saltwater taffy, a Starburst and an Airhead, but without the unpronounceable chemicals. It’s aptly named…these things are pretty darn dreamy. 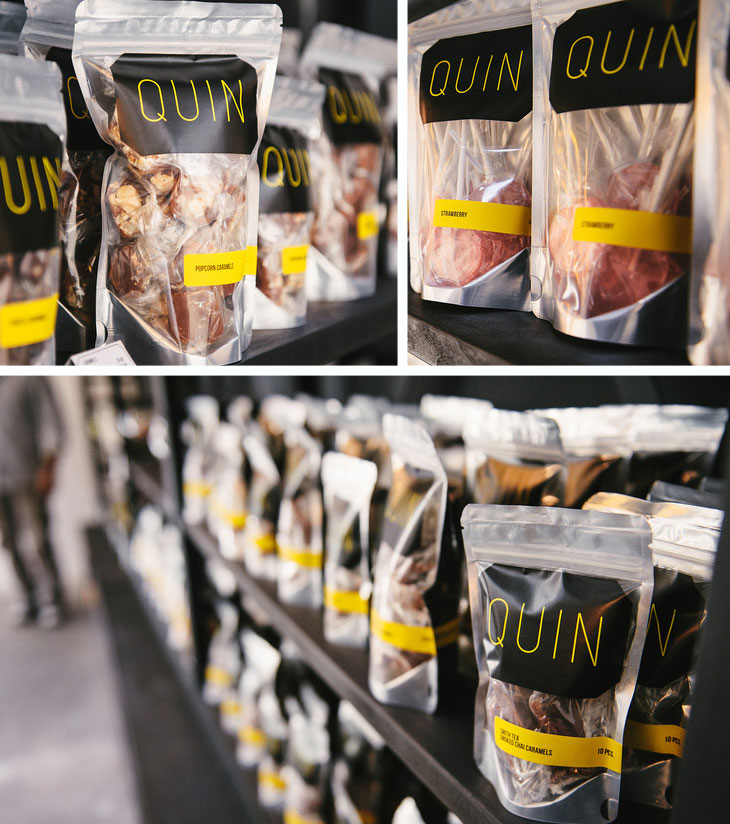 What I love most about Quin, though, is Jami’s attitude. This is a woman who oozes joy from every sugar-soaked pore, and I adore her for it. We emailed a bit about her new venture, and I was asking her how she moved from baking to candymaking (they’re very different skills, I can tell you). And honestly, what she had to say was so fantastic, I’m just going to copy it for you, word for word.

I head into work each day pretty much asking myself what I can’t do. From there, I work backwards. If it involves sugar and cream or butter and flour, I will try anything.

The candy-making started with caramels. I thought it’d be fun to have a little jar of hand wrapped, sea salt caramels at our {Saint Cupcake} check out counters for customers to grab. Turns out that was an excellent idea because we sold many, many caramels that way. From that original sea salt caramel I just started building our candy line-up. The gumdrops took the longest to develop – I wanted them to be bouncy yet chewy and I wanted them to be gummy but not difficult to bite into. In addition, I wanted to use fruit from around here to flavor and color them. From there I had to figure out how to execute them – to get the shapes just right and to figure out our signature layering of flavors. A few rounds in the kitchen and I had it! From there, I started expanding our flavor offerings and am now working on a line of champagne and rosé flavored gumdrops!

Many, many things in life do not come naturally to me. I was horrible with a newborn baby. I am not a great wife. I hate math and never balance my checkbook. I would rather not drive a car. I wish I cared more about clothes. But making treats? It’s the most natural thing in the world for me. Creaming butter and sugar, kneading a yeast dough, boiling sugar until it’s copper colored – these things are home for me. I think because crafting treats is basically my second language, making candy came just as naturally to me. ~ Jami Curl, founder & head Wonka, QUIN

Admit it: you’re a little in love with her now too, right?

So hey, swimsuit season is almost over, and the end-of-summer blahs are nigh. My advice? Go order yourself a few treats from QUIN, and count the days until your box arrives. It’ll be the best thing you do for yourself all week.