It’s not often these days that I have a bona fide wardrobe regret. You know the ones I mean – those “missed connections”, where you hem and haw, debate and justify, and by the time you make up your mind, the piece is long gone. At which point, you become convinced it was The One – the only thing that would ever, could ever, make your closet complete.

Yes, I don’t have those moments often these days, being a founding member of the “Buy Now, Return Later Foundation for the Chronically Indecisive”. But one I can’t let go is that beautiful linen leopard print coat from Emerson Fry a few seasons back. Remember that? Sigh. It was lovely. Sophisticated and restrained (as leopard goes), with a clean, tailored fit and a restrained palette that kept it squarely in the elegant camp, instead of veering into eccentric territory. But it was too far out of my comfort zone. I mean, leopard? On shoes, sure. A bag even, if I was feeling frisky (as long as I kept it small). But a whole coat? Entirely “too much” for this cardigan aficionado.

And yet. It needled me, called to me, whispered its siren song every time I opened a magazine, read a blog or lingered over Pinterest and saw trendsetter after style icon after celeb gliding down the street in a leopard coat and perfectly-faded jeans (or perfectly-cropped black trousers), always looking so impossibly chic. 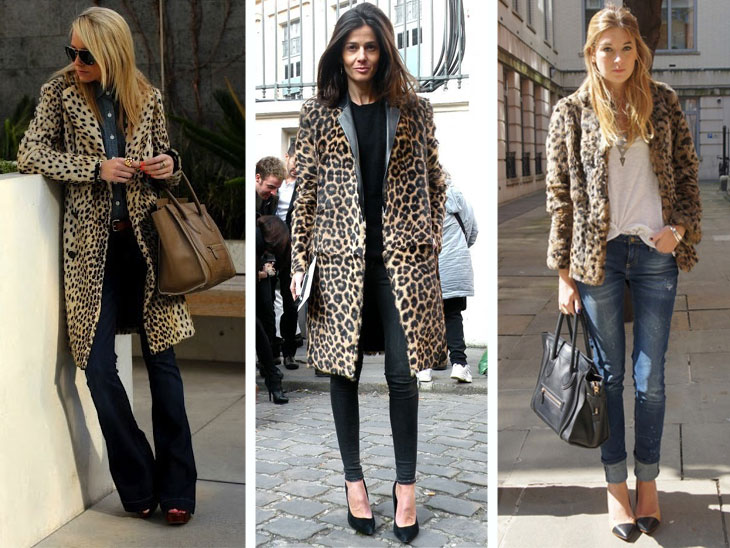 You know where this is going, right? By the time I finally convinced myself I did, in fact, need that beautiful coat in my closet, it was long gone. And I was left to pine, and do my usual Goldilocks routine whenever I came across a potential substitute. “Too brown.” “Too fuzzy.” “Too vintage.” “Too Jersey Shore.”

So, imagine my shock when I discovered this BB Dakota version: 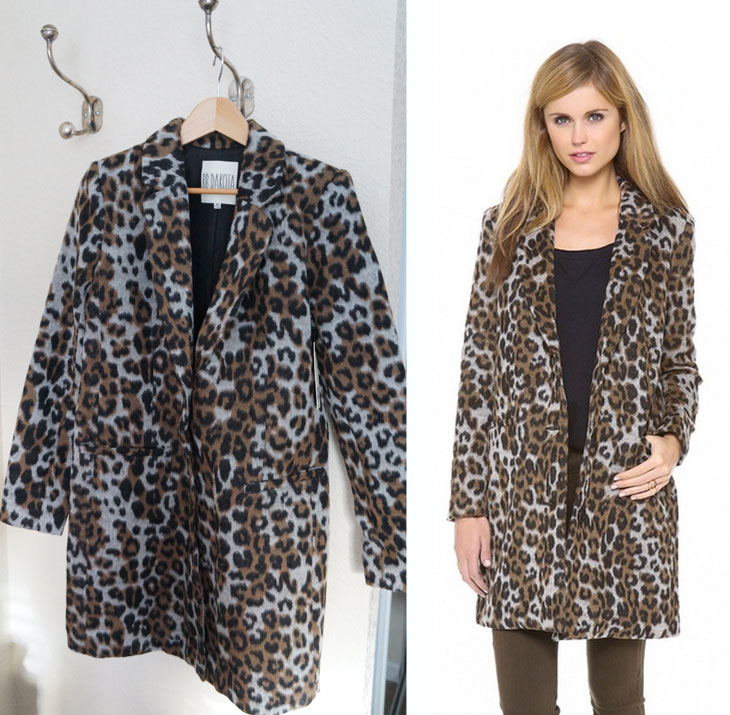 BB Dakota Hazel Leopard Coat (similar styles here, if this one sells out)

Tailored? Definitely – though it leans more toward that oversized boyfriend silhouette. Still, I think it will be perfect on cool fall days when it doesn’t need to be buttoned. Come winter, I may make a trip to the tailor to get the waist nipped in. And the color palette, while not quite as impeccably restrained as the original, is a gorgeous riff on a classic leopard – subbing grey in for the usual cream or tan backdrop adds a little bit of sophistication and seems to tone down the Real Housewives factor. And if I’m honest? I actually prefer this fabric to the original – the Emerson Fry was linen, which nearly always sends me running for the hills. This version is a brushed felt that has just enough texture to stand up to the pattern, but doesn’t go far enough to look “furry”.

Oh, and did I mention it was $128? At that price, I can afford to be bold – even if I wear it only a handful of times, it’s not a crime. But the way it’s already calling to me from my coat closet, whispering about spending the day with cropped black trousers and a slouchy white tee? I have a feeling this cool cat’s headed for a heavy workload this fall.

Do you have any of those “missed connections” haunting your closet?

3 comments on “off the rack: bb dakota hazel leopard coat”