even if you’re not a rabid fan of dooce.com, like bazillions of us out there are, you have to admit that the book title has you sucked right in.  if you don’t know dooce, go – click over right now, check it out (just remember to come back here!).  the blog, generally considered the most popular personal blog ever, chronicles the lives of author heather b. armstrong, her husband jon, her daughter leta, and her crazy dogs chuck and coco.  they live in salt lake city, so i admit – the constant references to my hometown do add to the charm.  but it’s just a funny, clever, well-written, smart place to be.  everybody’s doing it.

so now, she’s written a book called “it sucked and then i cried:  how i had a baby, a breakdown and a much needed margarita” – come on, you love her already, right?  the book is all about her experience being pregnant, having a baby, having a nervous breakdown and getting through it all.  now, for those of you that know me, you know i’m not so into the gory pregnancy/baby details.  in fact, the more i hear, the more i’m convinced we’re a dog-based family unit.  so it should say something to all of you that i finished this book the day it arrived.  it’s every bit as readable as her blog – endearing and laugh-out-loud-until-you-embarrass-yourself-at-the-coffee-shop funny, even in the gross, cringe-worthy bits.  i read, voluntarily, about post-baby details that i won’t let my closest friends share.  but it’s good…my DINK status has been considerably bolstered by this book.

i was lucky enough to find two square inches of standing room for her reading in portland last night (literally, they had to close the room.  for a book reading).  and can i just say…i think i might have a bit of a girl crush on heather.  she’s hysterically funny, she’s warm, she’s completely open about her life with total strangers (a frightening prospect, don’t you think?), and she has crazy dogs…just like me!  plus, i admit, i love people who can say “y’all” and pull it off!  so, despite the fact that she’s one of those impossibly adorable pregnant girls who looks perfect, skinny and glowy, except for the cute little basketball under their shirt, i think she’s pretty freaking fantastic (though yes, if she were walking down the street, i’d jab my husband in the ribs and complain about how it’s not fair when pregnant girls look that cute).

even though she didn’t call on me to ask her a question at the reading (it’s okay, i’m over it…really), i’m still pretty smitten by the book and its author.  for those of you with kids, or for those of you who know people having kids – i guarantee you will identify with nearly every page of this frighteningly honest, gut-wrenchingly funny book.  heather said at the reading that she wrote the book so that women going through what she went through would know they’re not alone.  i plan to buy it for every pregnant woman i know…just so that i can give them the same message.  there is, after all, safety in numbers.

as soon as i spied this pretty scarf over at dooce, i knew i had to share.  this is such a great way to embrace the trendy square scarf/bandana thing that’s going on right now!  first, it’s a great, black-based print that will help you pair it with any number of neutral ensembles.  second, the huge size (42″ square) means you can pull off the bandana tie but slouch the scarf in a way that keeps it from looking too cowboy chic (to accomplish this, see below).  and third, it’s a bargain-basement $24…so even if you call the whole thing off and use it as a sarong this summer, it’s still no serious loss.

grab it at urban outfitters, but do it quick…once it’s up on dooce, it’s bound to be gone in a flash.

tying instructions:  this is pretty easy, but if i botch it, you can also see video instructions here.  start by folding the scarf in half, on the diagonal.  hold the scarf in front of you, holding the two farthest points in either hand.  pull the ends behind your neck, and loop around, bring them to the front, and tie in a knot.  i like to do this using the very ends, so that you have a lot of loose fabric to work with.  then, just play around with it until it slouches the way you like it!  there’s really no wrong way to do this, though i do tend to try to fold the fabric in the center over the knot, to hide it a bit. completely up to you, though! 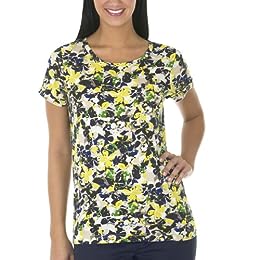 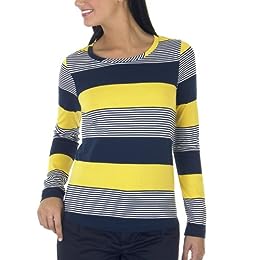 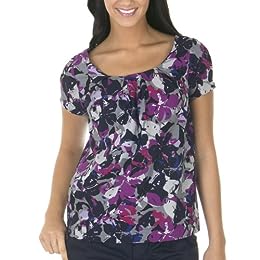 i know, i said there would be some after-christmas-sale mentions at the very least over the last week.  and, well, there haven’t been.  but, in my defense, let me just say the following:

2, do you ever get to the point that you’ve just shopped and shopped and shopped, and can shop no more?  i know…hard to imagine.  but i’m there.  and i needed to not shop for 5 minutes.  fortunately for all of you, i’m back on the horse…and have some lovely things to share next week, as well as a “top buys of 2008” post i’ll be sharing in the next few days, if i can get my act together.

3, on a personal level…well, the best way i can explain the past week is to send you off to read this.  yeah, that pretty much sums it up.

BUT, since this is, first and foremost, a shopping blog (and therefore, 95% of you care not a bit about my adventures in miscreant canines), i will remind you all that the thakoon for target collection hit stores over the weekend, and it’s actually the first go international collection i’ve liked since paul & joe.

i’m heavily in the market for patterned tees in anticipation of spring.  cardigans will be everywhere, and i seem to have become the official cardigan queen of the west coast, but i’m getting tired of all the monochrome in my wardrobe.  so, i’ll be stocking up on some fantastic floral and striped tees to layer underneath (particularly this one, which i anticipate aggressively stalking at local stores, since i was an idiot and did not buy it online before it was gone).  also, i have it on good authority that this floral trench is even cuter in person, which means it has serious potential to make the cut as my spring jacket.

(for the record, the hayden-harnett target collection was released as well….it’s generally disappointing, though i’m sort of curious about this print canvas version of their classic flight bag.  it has the potential to be a great carry-on, as it’s stylish and fun, but you won’t care a bit when the flight attendant forces you to jam it into the overhead compartment.)