Wow, it is just way too beautiful outside to be cooped up in my living room in front of a computer. So, pardon me for being brief. Fortunately, these gorgeous pics from last night’s Met Gala speak for themselves. The Gala is often referred to as the “Fashion Oscars”, and you’re about to see why: 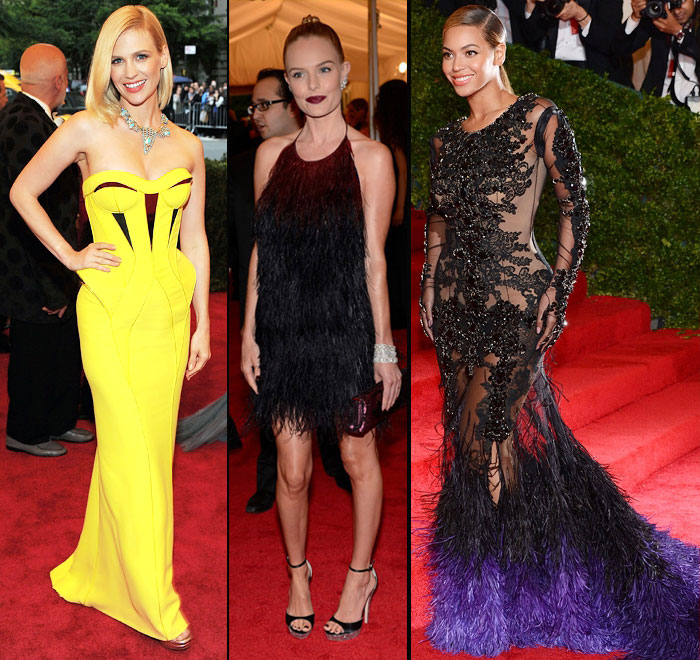 All images via WhoWhatWear, except as noted 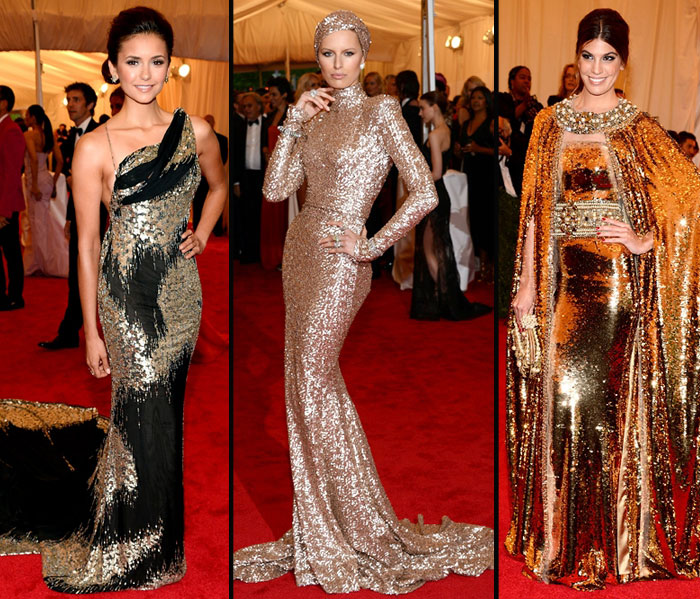 Nina Dobrev’s train was the talk of Twitter last night…apparently, it was so long, she had to have a “train handler” for the evening. After the snoozefest that was the 2012 Oscars red carpet, I was so happy to see all of these bold, risk-taking, drop-dead-amazing looks walk the runway for the Met. Sure, there were a few to hate (Kirsten Dunst: seriously?), but that’s all part of the fun.

I don’t know about you, but I wouldn’t mind being a celebrity just long enough to have a place to wear one of these gorgeous beauties (and a designer to give me one, for that matter).