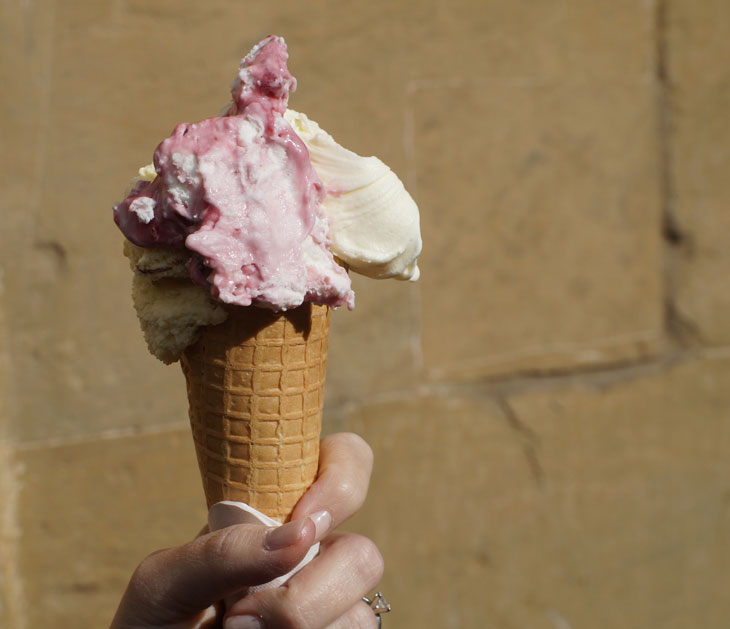 Friends, I don’t know about you, but the Memorial Day sales are threatening to take over my inbox. And so, I thought it might be time for a holiday weekend round-up of the best that have crossed my path so far. As always, I’ll add new ones to the top of the list as I get the word, and of course if you see any sales we should know about, share them in the comments. Crowd-sourced steals are where it’s at!

END_OF_DOCUMENT_TOKEN_TO_BE_REPLACED

My favorite collection from Fall ’12 so far came from a label I barely knew. MSGM, a small Italian design house, stopped me dead in my tracks. Ordinarily, their styles are a little too sporty and flamboyant for my taste, but this season? Total perfection. 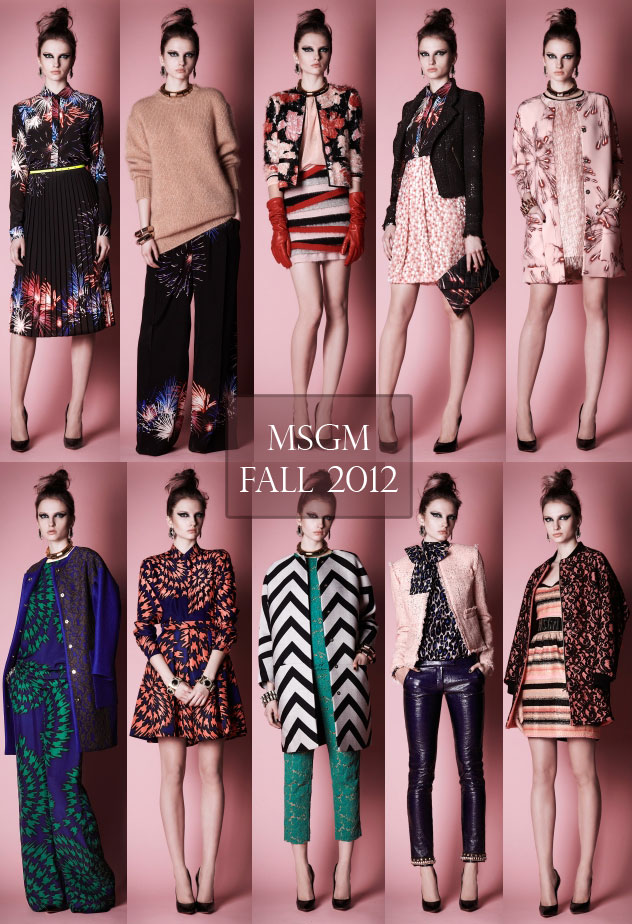 That fun, bright palette, the fantastic patterns and textures (especially those fireworks!), and the incredible wearability of it all is just too much to take. I can literally see myself wearing darn near every piece in the collection (okay, maybe not the cropped leather pants…), and mixing them up a thousand different ways. Really, when is a zigzag cocoon coat ever a bad idea? The beauty is that every single piece is a statement – so you only need one to give your wardrobe a serious seasonal facelift.

Best of all, this is one of the more affordable contemporary collections, with all kinds of options in the $500 range. Still a splurge, but really…compared to, say, Isabel Marant? A total bargain. Plus, truly, much as I try to adore Isabel, these pieces are much more my style.

I may have nabbed that beautiful cropped floral mohair jacket on pre-order from Moda Operandi – I had a little credit burning a hole in my pocket. If you’re feeling flush, you might want to do the same – the trunk show ends at 11 PM EDT tonight. I can hardly wait to pair it with a little something pink, or maybe a nautical stripe. If pre-orders aren’t your thing, you’ll be able to scoop up pieces by the end of summer at spots like ASOS, Luisa Via Roma and FarFetch. Time to start saving!

Welcome to the first Friday Finds of the new year! I’ve been storing up some goodies to share, and am so glad we’re finally back to business as usual, so I can get to it.

My first shopping task every year is a new calendar, but it’s a tough call these days. So many artists put together renditions that are absolutely stunning, but then there’s the question of function, too. Decisions, decisions.

I could go purely for pretty… …or look for a little function. If you happen to be in Portland or Austin, these Big Weekend calendars are about the coolest thing ever. Every random festival, event or happening around town is included, so you’ll never miss the Tigard Balloon Festival again! (My hubs, as you’d imagine, is thrilled.) 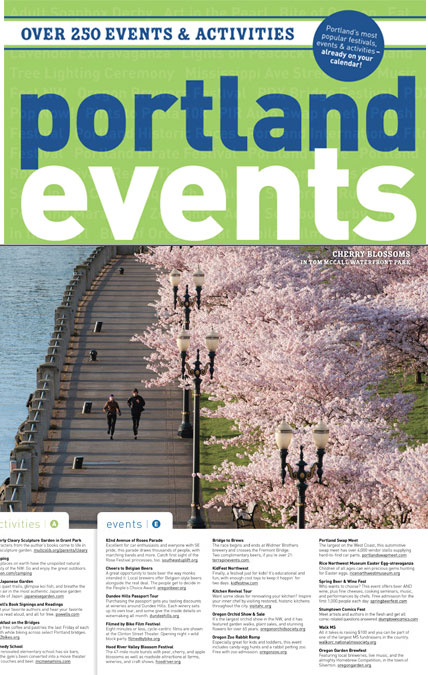 I’m going to need a calendar to mark off the days if I indulge in a little pre-order of 3.1 Philip Lim’s pre-fall collection at Moda Operandi, as I am sorely tempted to do. Not only do you get to be first in line (almost as good as scoring it on sale), but you pay half up front and half when it delivers next summer (by which point, you’ve already forgotten about the first half you spent). Plus, look at the pretty! 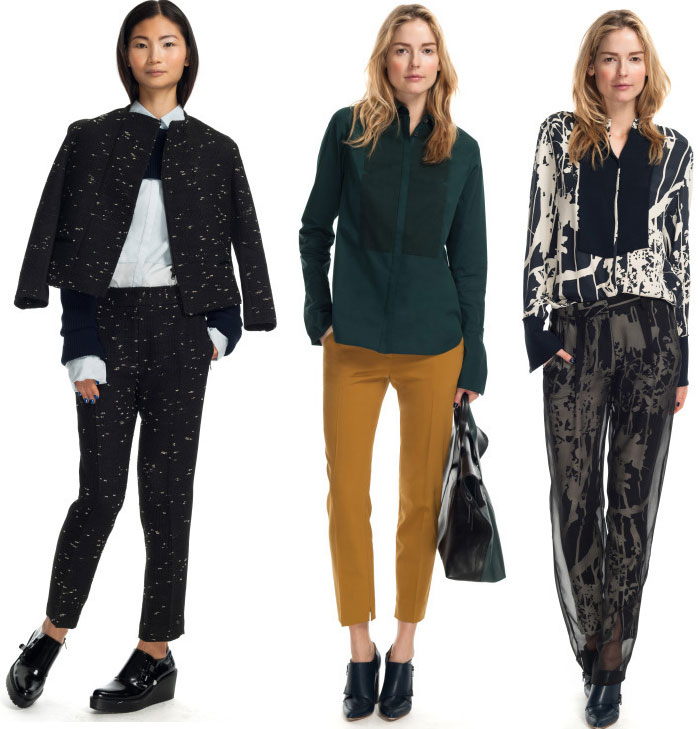 Of course, darling Philip is a splurge, no matter how you slice it. So, I’ll temper the wallet pain with a little cheap thrill. I’ve had this Rugby Ralph Lauren fair isle cardi bookmarked for the longest time, and now it’s on sale for $139. The sun’s bound to come out eventually, but for now, I’d be happy to spend the rest of the winter snuggled up in this and a pair of skinny jeans. 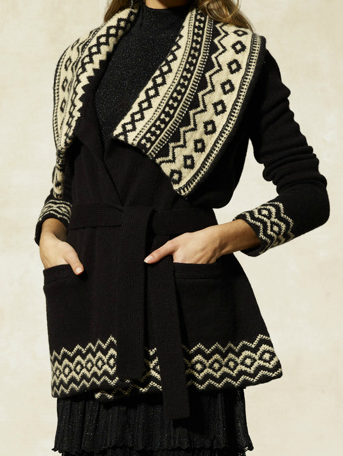 Happy Friday, friends! Have a wonderful weekend, and I’ll see you back here next week.

It’s taken me a while to introduce you to the latest addition to the fashion world:  Moda Operandi.  The reason is simple:  most of the brands they feature are the designs you see walking down the runways during Fashion Week…meaning, pieces are all in the four-figure range.  And I know how you love it when I torment you with things none of us can reasonably have.

But, today, they’re featuring Issa…a brand that’s gained serious notoriety as a favorite of Kate Middleton, and which is actually not all that expensive.  Since I’m way, way too excited about the royal wedding (is anyone else considering staying up to watch, or is it just me?), the timing was just too good to be true.

Launched (in part) by Lauren Santo Domingo, a Vogue contributor, major socialite force, all-around extremely stylish individual, the MO concept is this:  they provide runway shots of every look from the most recent show of the designer they’re featuring, and subscribers (you have to be “admitted”…which cannot very hard, as evidenced by the fact that they let me in) have the opportunity to pre-order pieces from the coming collection.  So, for example, they recently featured Alexander Wang’s Fall/Winter 2011 collection – you could look at the runway looks and pre-order any pieces you wanted.  They place the order directly with the designer, and you get the pieces in fall when they launch.  In that world in which you’ll Just Die if you don’t get the coat you saw on the model in look 37 of the fall Valentino show, you can see how this would be useful.  Or if you were insanely rich, and would rather shop the looks from the comfort of your computer.  You know, either way.

Since they’re typically featuring the highest of high-end brands, I generally just look for curiosity’s sake – I always find it fascinating to see what runway pieces end up retailing for.  But today, they’re offering Issa – and it’s actually worth a look.  This designer is generally regarded as the DVF of the UK….so, lots of wrap-dresses and other extremely flattering wares.  And the prices are, well, splurges, but not inaccessibly so.  The dresses start in the $400 range.  And with soon-to-be-Princess Kate wearing Issa’s designs nonstop, I can promise you most of these styles will be gone the moment they hit the racks this fall.  So, pre-ordering may not be the worst idea.

Both of them are sadly just barely within the grasp of reality, which makes them extremely dangerous.  Especially given the fact that you only put down a 50% deposit when ordering…so it’s sort of like EZ-Pay on QVC.

Some other pretties that are worth showing:

Oh, friends, I’m sorely tempted, I must confess…and this whole 50% deposit business isn’t helping.  (Hmm, surely I can come up with $600 by August…that’s easy, right?  I’ll just order, and deal with the reality later.)   Plus, an Issa dress would make a lovely consolation prize for not being invited to The Wedding…don’t you think?

If you want to join MO, let me know – I have a few invites to share.  Or, of course, you can complete their little questionnaire process, and most likely get in that way.  It does make for some beautifully torturous eye candy.