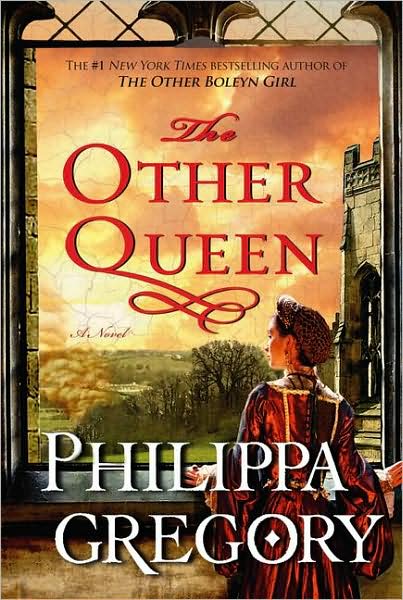 this week’s weekend read was an easy one – whenever a philippa gregory book comes out, i’m first in line for a copy.  these books are my secret guilty pleasure…my danielle steel.  and other than being utterly disappointed in the movie adaptation of one of her books, i’m always immensely satisfied when i finish one of gregory’s novels (if i’m being completely honest, my poor hubs was ignored for the first four days of our honeymoon, because i’d brought along the other boelyn girl to read by the pool).

the other queen is a story i’ve been hoping gregory would get to sooner or later.  it’s the story of mary, queen of scots – a figure whose place in history has always been a bit muddled to me.  as always, gregory picks a unique angle from which to tell her story – in this case, it’s told by a noble couple asked to house the queen (in exile from scotland) while elizabeth I decides what, exactly, to do with her.  and, as always, there is intrigue, political maneuvering, and some truly fabulous fashion – i have zero use for a triple strand of black pearls, but i’m now coveting one something fierce.

like its predecessors, the other queen delivers – though, i still don’t think gregory has topped the other boelyn girl or the queen’s fool, my personal favorites.  this installment definitely runs at a slower pace than its predecessors, but if you’re in it for the experience and not necessarily the intrigue, or if (like me) you’re just a fan of gregory’s style, you won’t be disappointed.