A big welcome back to my favorite stylist, Kim of Billede Design. I so look forward to her “Trend to Try” columns – she always manages to make me look at my closet in a new way, which is something I think we can all use. I’m thrilled to say Kim will now be here every second and fourth Friday of the month, so mark your calendars!

If you want to give yourself away as a non-native Pacific Northwesterner (or, for that matter, a non-New Yorker), just wear color. Any bright color. Even though I’ve lived in Portland for over a decade now, I just can’t give up color! And this season, brights are here in a really big way. From color blocking to pattern mixing, it’s everywhere. I especially am fond of brights paired with stripes (and not just because it sort of rhymes!). Because stripes are such an easy staple to wear, they’re a great starting point to help you ease into bolder color.

This Christmas, my hubby got me an item that was at the very top of my wish list.  The Kate Spade Prize Ball Thermos. It takes me forever to finish my morning cup (or 3) of coffee and I am so excited to have this bright thermos to keep it toasty warm! 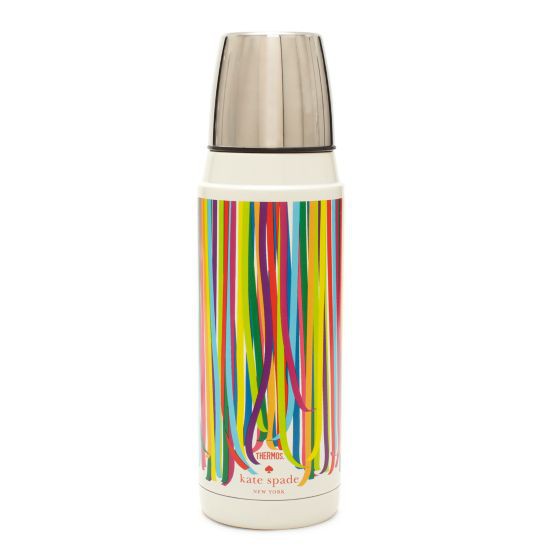 Pulling off brights from head to toe can be a bit tricky. The key is to always start with a neutral base and build from there. I especially love using stripes as my neutral, and building from there, but it’s not the only way to go. These looks from Christian Siriano’s Spring 2012 line are a great example.  You can see he used blush as a neutral, as well as coordinating stripes to get the look. 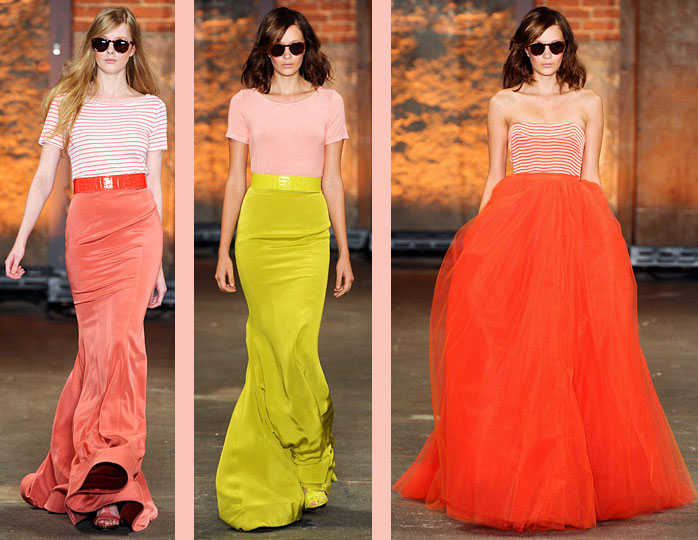 I’m not a huge fan of the cut of this Jil Sander jacket, but the color combo is another stellar example. To neutralize the tomato, fuschia, and green, the black jacket was layered over the top. 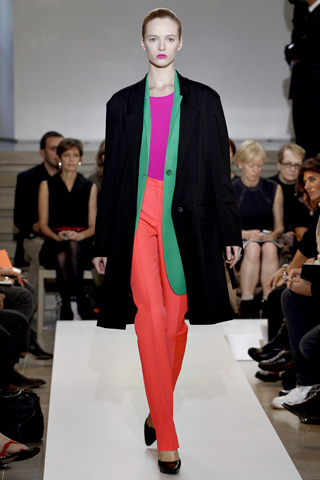 In this look from Loewe, the neutral is the model.  This hot pink and red combo works because the model’s hair and make up are sleek and fuss-free. The short skirt with the nude leg and neutral flat ground the look. If this was paired with a sky high bright heel, heavy make up, and over-styled hair, it would totally loose any aspect of savvy and sophistication. 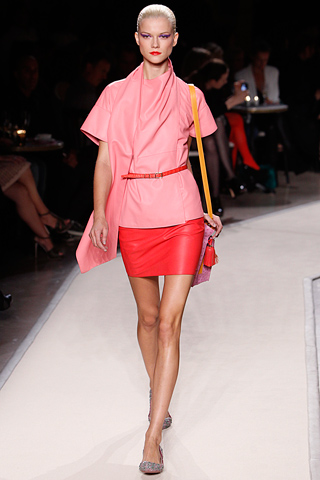 Of course, any post about brights and stripes just wouldn’t be complete without a look from Kate Spade. In this example, you can see the neutral element is the white cardigan, white purse, and simple flats. 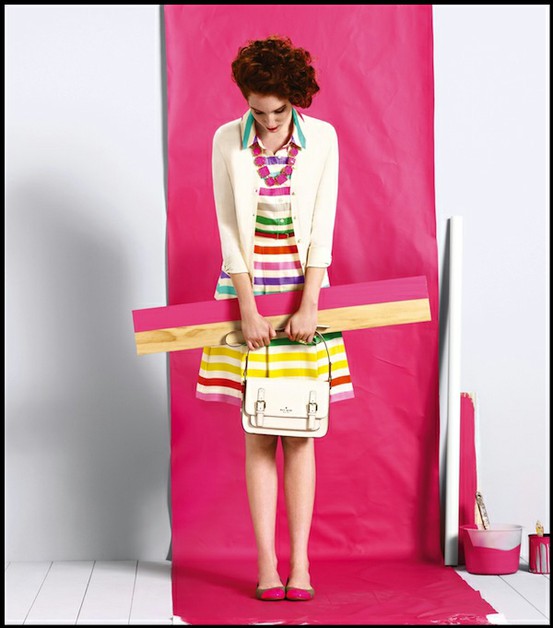 J.Crew is another great reference source for both bold color and stripes, so they work the combo as brilliantly as you’d expect. The look at left is certainly one of the boldest we are looking at today – think of it as “brights for the advanced student”. The colors are bit off-kilter from your typical primary brights, which totally makes this look work for me. Contrasting that is a great “beginner’s” option for mixing stripes and brights – you can see that a classic navy stripe is just the thing to neutralize a bright hue. 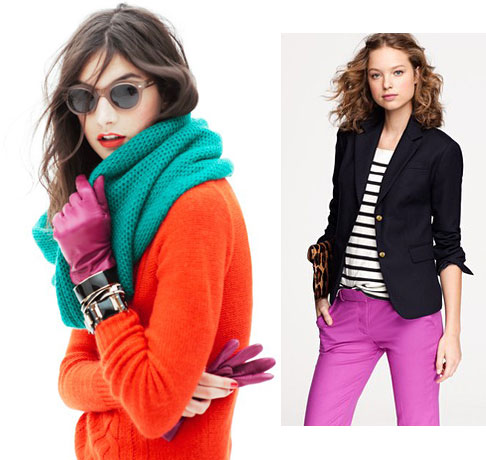 These last three images are some of my favorite street style examples (originally found via Pinterest). Notice how each of these looks are bold, but the hair, make up, and shoe is kept simple and neutral. I especially love that bold mustard mini-dress toned down with the navy blue blazer. And I just can’t say enough about the necessity of a good nude heel – it can tie together even the boldest look seamlessly.

Images via Sterling Style & The Glamourai

What do you think? Are you ready to give bold brights and stripes a try?