Can you feel the magic? I’ve been patiently, oh-so-patiently waiting to share this with you, friends – it’s your VERY FIRST LOOK at the full 2016 Nordstrom Anniversary Sale Catalog!! 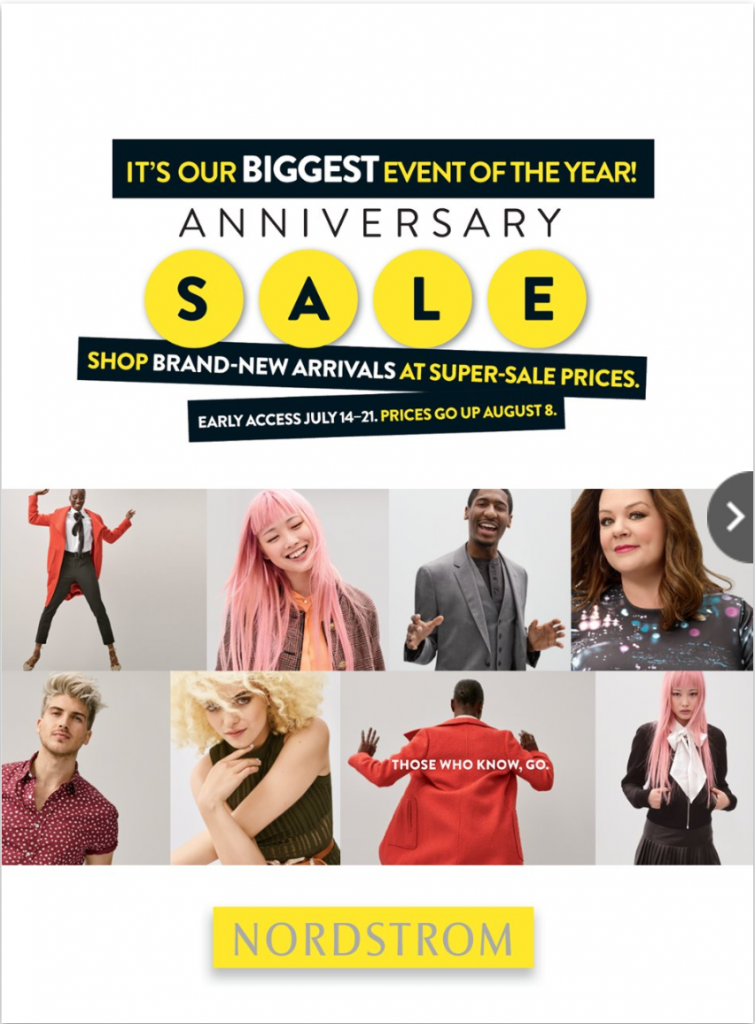 Early Access starts July 14 (I’ve got all the deets and a handy countdown right here). In the meantime, I’ve been cozied up with the print edition since Friday, whittling down my picks so you’ll have an easy-shop list of the best Anniversary Sale must buys: statement pieces, denim, boots, beauty, lingerie – the whole nine!

First things first: raise your hand if you didn’t get to see the Designer Insert! So annoying, right? If you all want me to post pics, say the word…but honestly, you’re not missing much.

As always, I suspect the best pieces actually aren’t in the catalog at all. And as always, I’m a little wary of a few of the “statement” pieces that did make it into the catalog…because, of course, you’ll be seeing them everywhere come September. This year is more about apparel than any other category – casual, off-duty apparel, to be specific. So, if you’ve been itching to up your weekend game, now’s the time.

Here’s what’s turning me on so far:

What to skip? The Tory Burch leather goods look like the quality is really lacking, even in the online pics. Really, all of the bags are looking unimpressive if you ask me. Also, I’d avoid the slew of awkwardly-cropped trousers. And most of the work clothes are so boring, they just make me sad.

What about you, friends? What’s topping your must-have list so far?