It’s time, friends! Our annual Nordstrom Anniversary Sale rundown…are you excited? I have to tell you, it’s given me all sorts of warm fuzzies this week to get all of your emails and tweets asking when I’d be running this post. I love that you look forward to it as much as I do!

Background: If you don’t know, the Nordstrom Anniversary Sale is this wonderful occurrence every July, in which Nordstrom strikes deals with dozens of designers to pre-release a few special pieces from their fall collections (occasionally exclusives), and marks them down by 40%. Prices do go back up (though they then predictably drop back down a few weeks later), and things do sell out. Today is the first day of pre-sale, which you can participate in if you have a Nordstrom card. If not, hold out until 7/20, when the fun officially begins.

But enough chatter, let’s get down to business! Am I just getting old and slow, or did the sheer volume of the sale increase dramatically this year? Overall, this year is amazing for shoes, especially boots. It was hard to pick favorites, but a girl’s got to prioritize. 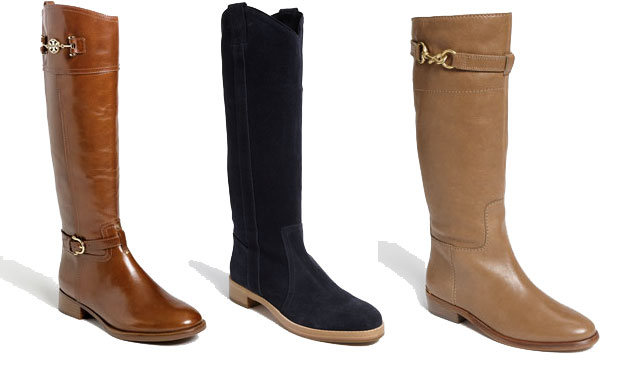 Now on to the real fun, the ankle boots! Hands down, my favorite shoe in the sale is the Rag & Bone Newbury, which isn’t suede, as I’d feared, but is nubuck. Mincing hairs, I know, but I’ll take any justification for these babies! 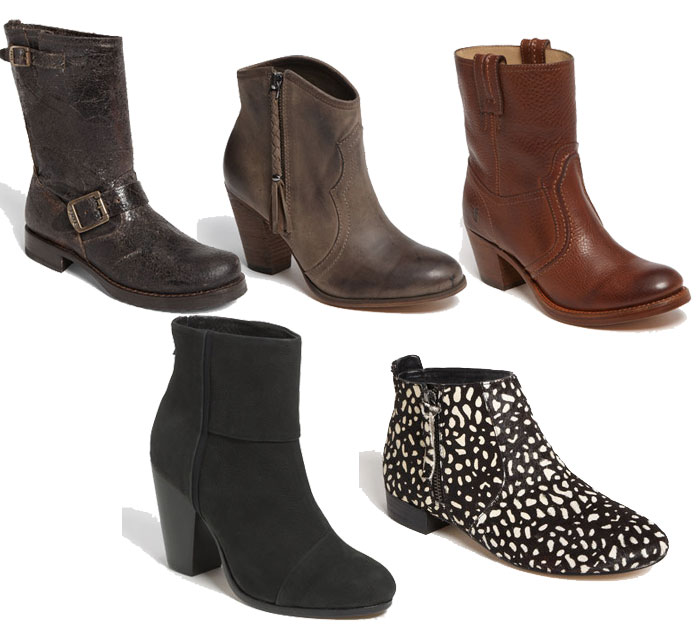 And, of course, a couple of fun flats…some of you asked specifically about Tory Burch, so I’m including hers, even though they’re a bit of a snooze.

Note I specifically excluded the pieces I think will be oversaturated (Sam Edelman leopard booties and Steve Madden tasseled loafers, I’m looking at you).

Moving on to bags and accessories! The bags are hit and miss this season, though there are some goodies. I hesitate to buy bags during the Sale as a rule, since I hate seeing every girl on the street carrying my bag. But every rule is made to be broken, and there are some rule-breakers here!

DVF makes a fantastic wallet, so if you’re in the market, that one’s a no-brainer. There are some fun accessories this season as well – Michael Kors has his usual menswear watch contribution. It’s available in every possible metal color this time, but the rose gold continues to be my favorite.

Oh, I love those bangles! And the Kate Spade sunnies are pretty fantastic, even if they are a Tom Ford look-a-like.

Now, on to the clothes! As always, loads of great coats. I’ve been on the hunt for a black leather jacket that doesn’t make me look like I’m trying too hard, and this version from Yigal Azrouel may just be it! Also, I know at least a few of you are in the market for a Burberry trench…that one on the far right is a steal you should not miss. 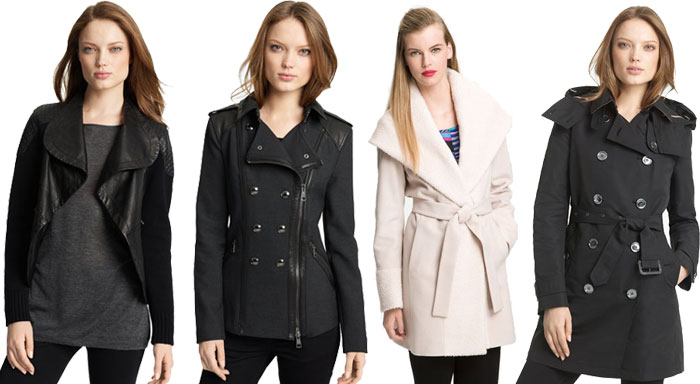 Silks and stripes are everywhere, of course, but they’re great picks this season. Well worth stocking up on a few of these! 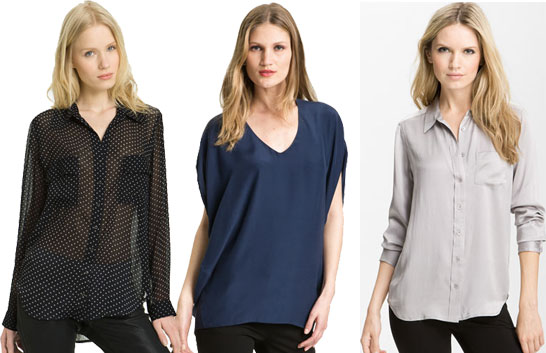 And last but not least, a few special pieces worth your attention: 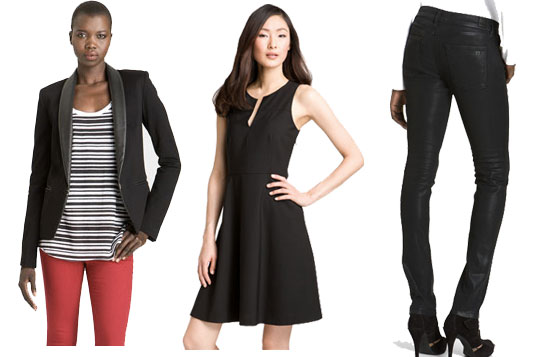 If you’ve been dying to get in on the leather pants trend, those Habitual jeans are the best way to do it on a budget. From pics, they’re almost indistinguishable from leather (but undoubtedly more comfortable). I’m pretty obsessed with that Rag & Bone tuxedo jacket, and that Theory dress…well, it’s a staple if ever I saw one.

Outside of these picks, there are plenty of fantastic basics: solid and striped knits from Vince, as well as a few sweater coats (all styles they’ve released before), and loads of denim (though nothing I’m over the moon about). You’ll all probably want to know about that Mcginn tweed jacket, since last year’s version sold out in a flash. I think it’s a much less universal style this time – that peplum waist is trouble, friends. Definitely a try-before-buy situation.

And, of course, I’ll be stocking up on my favorite thongs (Hanky Panky), hipsters (DKNY) and yoga pants (Zella)…it’s the best time of the year for that!

Now comes the fun part: tell me what you’re buying!!