You are going to absolutely flip for our newest sponsor, friends – I’ve been a fan of hers for ages, and am so thrilled to welcome her to the fold at SMC!

Grayling Jewelry just launched its fall collection – Northern Lights – and the pieces are maybe my favorite she’s ever done. Full of bold, faceted stones and rich, decadent chain, these are pieces that make a statement, but still manage to be incredibly wearable.

When I told Katy Kippen, the uber-talented designer behind Grayling, that I’d be writing up a little something on her line, she suggested that I pick one piece to feature. It’s like choosing one piece of candy in a store, friends…I’d never be able to choose between the cinnamon bears and the marshmallows. And so it is with Katy…but I’ve managed to narrow it down: 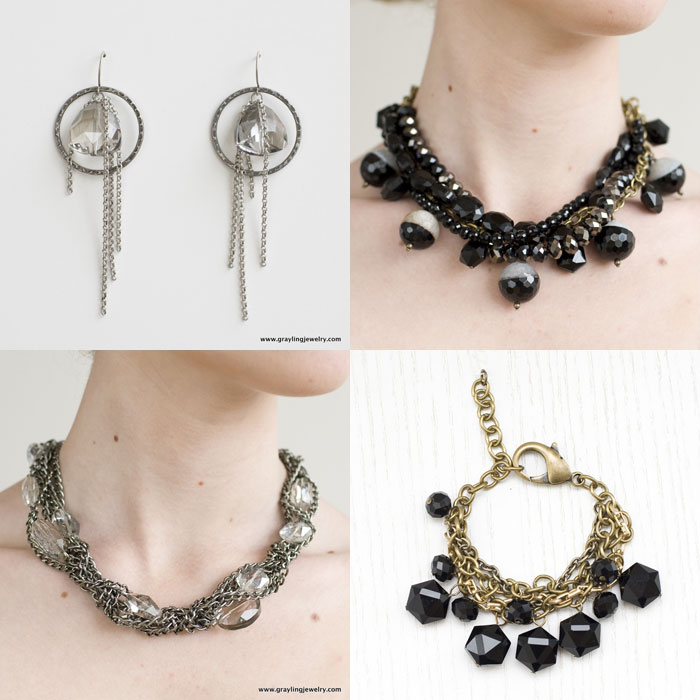 So many pretties! And one of my favorite things about Katy is that she’s always thinking about versatility – so many of her designs are reversible or variable in a few different ways. Which brings me to one of my top two pieces:

Yes, that’s one piece, friends. One long necklace you can wear dozens of different ways – in fact, it converts to a lariat-style drop pendant too. No wonder it’s called the Variability necklace.

Yep, I think that’s my favorite. Well, except for this: 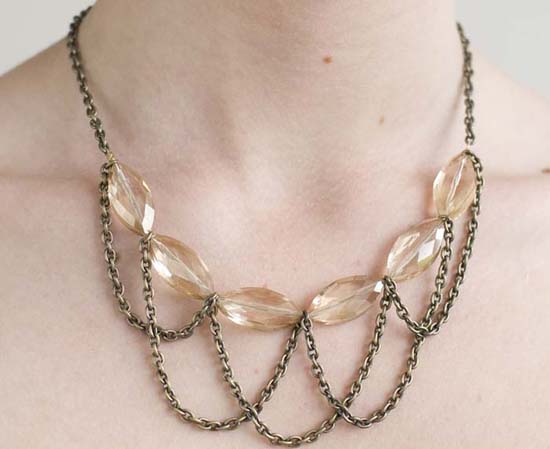 How could I possibly choose? Sure, the Northern Lights can’t be rearranged in a thousand different configuations, but there’s something about those champagne-colored crystals and drapes of chain that I just know I’d want to wear every chance I got (as evidenced by the fact that, when I borrowed it for a photo shoot recently, I kept it much longer than was at all appropriate).

Go check out all of the stunning eye candy over at Grayling Jewelry and show them some SMC love, won’t you?