i was so thrilled to hear that designer michael s. smith had been tapped by the obamas to decorate the private living areas of the white house.  i’m a long-time fan of his style…it’s how i imagine my “grown up” house will look some day.

for those of you that are craving a little more style in your home, or just desperate to re-create a little more obama magic, i thought i’d share some of smith’s signature stylings to help you get the look. 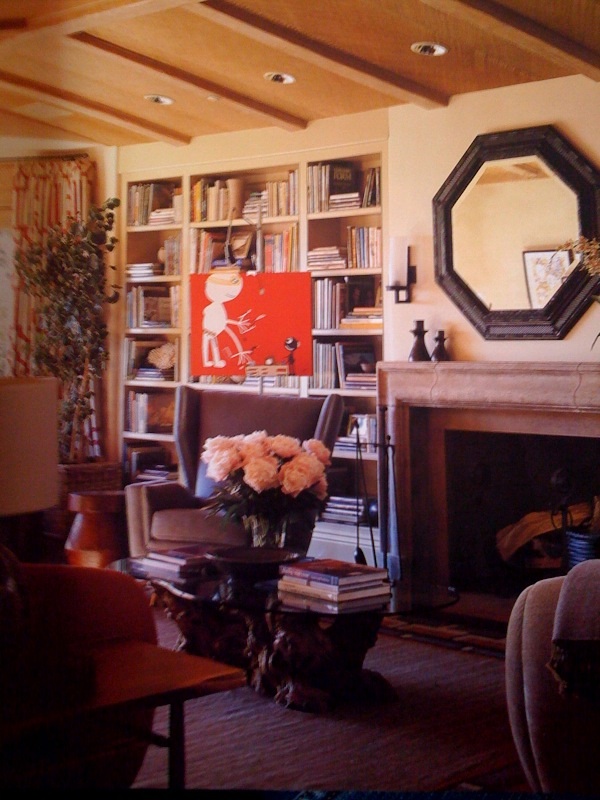 1. traditional twist:  smith is known for taking a relatively traditional room and turning it on its head by adding one out-of-place element.  most commonly he achieves this with artwork.  so, you might see a room with neutral couches, persian rugs, and shelves packed with books…nothing remarkable by itself.  but look for one standout piece – in the rooms above, it’s artwork.  and then, watch for subtle tricks the designer uses to make that standout piece fit in just a bit – you’ll have to squint a bit to recognize them.  in the room on the left, it’s a striped throw with the same color palette as the art, though a dramatically different style.  in the room on the right, it’s the same concept, but with curtains instead.  the end result is that the standout piece remains a standout…but doesn’t feel quite as out of place as it would if there was nothing tying it to the room. 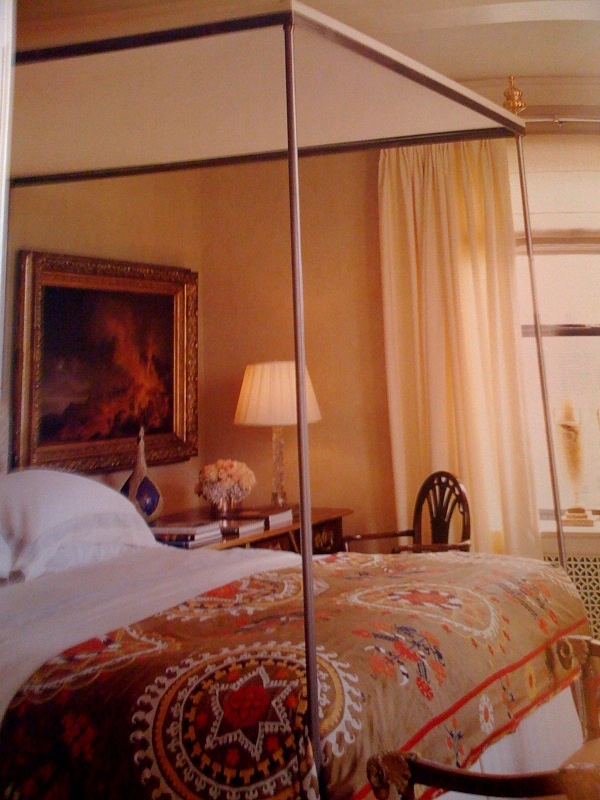 2. another favorite trick of mine from smith’s playbook is his approach to bedrooms. it’s rare to find a bedroom he’s designed that doesn’t involve a four-poster or canopy bed…it’s definitely his signature statement, and a great trick for bringing drama to the room.  but on a simpler scale, smith always reaches for solid white bed linens, and accents with a boldly-patterned throw at the foot of the bed.  the result is clean, chic, and endlessly changeable.  when you’re bored, just switch out the throw for an entirely new look.  and yes, white can be a dirt magnet…but it can also be bleached. 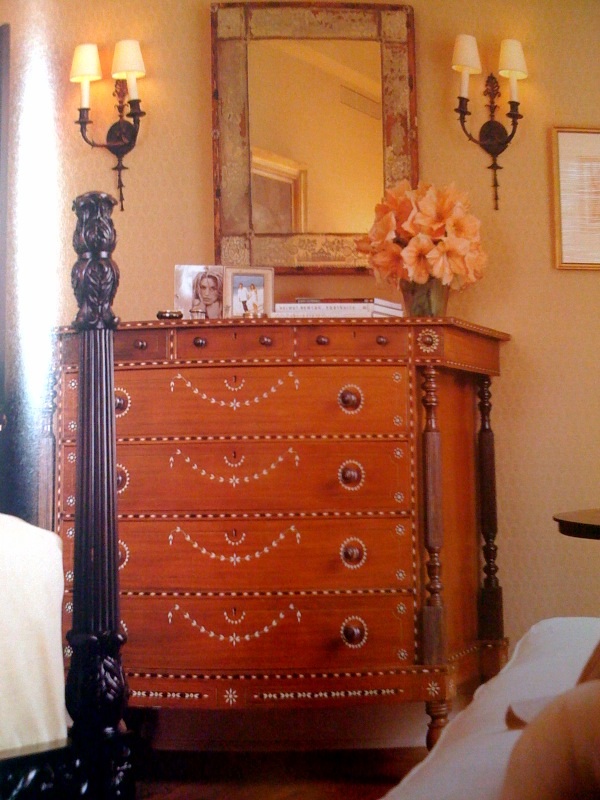 3. last but not least, i love that smith leaves no corner of the house neglected.  whether it’s an extravagant dresser in an otherwise sparse bedroom, or a mosquito-net canopy over a bath tub, smith knows that the trick to a really special home is leaving little unexpected touches absolutely everywhere.  try propping a gorgeous piece of art up on your dresser, or adding a beautiful (but washable) rug to your bathroom floor.  those little touches really do take a room from ordinary to original, and they don’t require more than a moment of effort.

if you love smith’s style as much as i do, i cannot recommend highly enough either or both of smith’s books:  elements of style and houses.  both are packed full of photos and tips from the designer’s work, and i guarantee there’s inspiration galore to be found.  it’s the best $30 you’ll spend on your house this year, i promise.