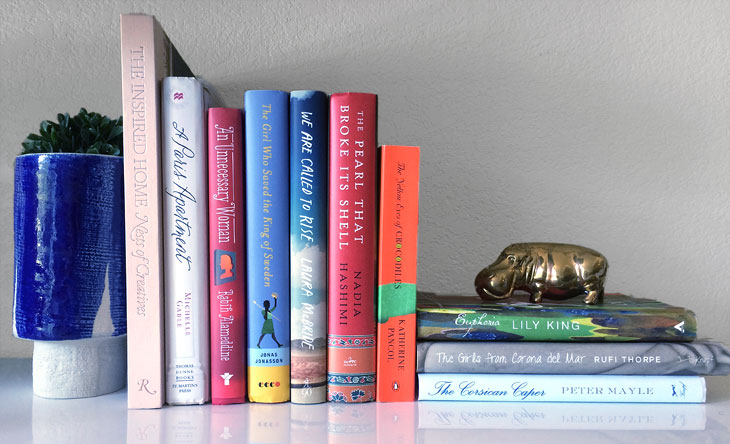 As a rule, I’m not much of a summer person – give me a crisp September morning over a blazing July afternoon any day. But one thing I can’t get enough of this time of year is the inevitable surge of fantastic new reads. Keep your Hollywood blockbusters (seriously, how many Transformers movies are we going to be subjected to?), and give me a cozy evening at my favorite local bookstore any day. best summer books

Just now, my bedside table runneth over, friends – especially since I’ve teamed up with my new friends at Diesel Bookstore, who are geniuses at helping me discover those lesser-known “indie flick” books that are serious gems. I can hardly wait to help you stuff your beach bag to brimming with any (or all) of my new favorites. This time, I’m breaking things up into two categories – Smart Reads and Beach Reads. Because, let’s be honest…when it’s August and you’re sitting by the pool, you don’t always want Shakespeare.

And of course, it wouldn’t be an SMC book list without at least one “eye candy” pick – this month, it’s The Inspired Home: Nests of Creatives. The editors of this gorgeously-photographed tome, Kim Ficaro & Todd Nickey, deliberately selected more obscure creatives over big names, opting to showcase people whose homes offer something genuinely unexpected, original, and unique to the homeowner. I particularly love this book for its focus on vignettes, rather than entire spaces: comfy little nooks within a larger space (much easier to recreate on the cheap!), designed with the hope that you’ll nestle in and feel instantly at home.

Tell me, friends…what’s on your reading list? I’m going to need new picks any day now, at the rate I’ve been burning through these gems!