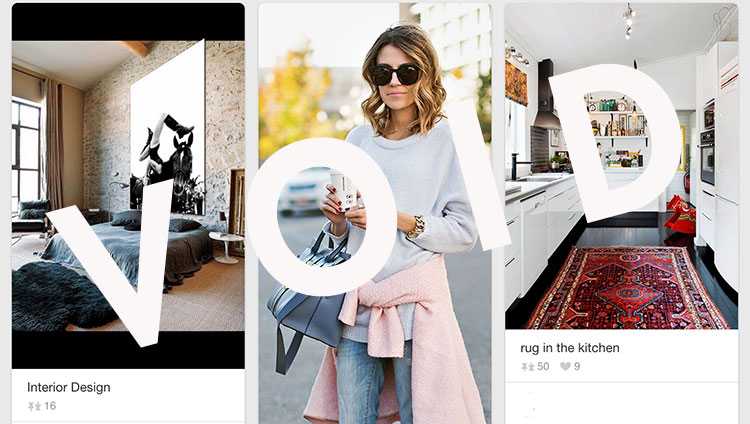 I know that, for a lot of you, the whole world of “how bloggers make money” is this big, bouncing question mark you’re dying to know more about. In the wake of some news I received yesterday (more on that pile of Pinterest douchebaggery in a moment…), I’m going to spill the beans.

The sad truth is, it’s really not all that exciting. Sure, there are bloggers who make grillions of dollars from ad campaigns and get free Gucci handbags from brand partnerships. There are about 20 of them. For the rest of us? We sell the occasional ad, but these days, most brands are “moving beyond” direct advertising (translation: they’ve figured out we all just tune those sidebar ads out). They’d rather buy a sponsored post…which, for those of us who are picky about our content and aren’t willing to lie to our readers, is like trying to catch a unicorn in a net made of grasshopper legs. (No, I’m not going to run a story about how much I love your cheap polyester miniskirts in exchange for a $50 store credit. Tempting, but no.)

So, if ads are passé and sponsored posts are few and far between, how’s a girl supposed to make a living? Affiliate marketing. Which is, in a nutshell, a commission – in other words, exactly what would happen if you went into a Nordstrom store and let a salesperson help you.

Case in point: Say I write about a new Vince sweater I have and love (which, by the way, I had to buy to test out first – Vince doesn’t send me anything for free, more’s the pity). If you (a) click on the sweater I’ve suggested, and (b) that sweater is sold by a store that’s willing to offer a commission, and (c) you end up actually buying that sweater from that link instead of just forgetting about it, going to the store to buy it in person or waiting for it to go on sale, and (d) you don’t return it, about six months later, I’ll get a small commission from the store (usually between 5-15%, erring on the low side). And PS, that salesperson at Nordstrom whose commission doesn’t bother anyone didn’t work nearly as hard ringing up that sweater as I did blogging about it.

At this point, I hope it’s clear that I’m not exactly buying a villa in the south of France any time soon. And remember too, that salesperson at Nordstrom gets a base salary in addition to her commission on your Vince sweater. Me? Not so much. If 1% of the people who read this site bother to click on something, and 1% of those people end up buying that thing they clicked (which are, by the way, unbelievably generous numbers), I’m making…well, my math skills are miserable, but it’s safe to say it’s way below minimum wage.

Should you feel bad for me? Poor little blogger? Absolutely not. I write about things I think you’ll like because I love doing it. I love sharing my finds, I love the conversation, and I love knowing that somewhere out there, one of you found something you love at SMC and bought it and felt a little bit happier getting dressed this morning. Not because I got a $5 commission. But no matter how much I love doing it, I know you’re smart enough to see that it’s not totally unreasonable for me to also want to be able to pay my rent.

Now, about that news that had me all fired up. Yesterday, I learned that Pinterest has decided to stop allowing affiliate links on its site. Not because of some altruistic “we don’t want any pay for play on our site” kind of reason, but because they’ve figured out how to take all of those commissions for themselves. Genius, right? Well sure, except for the literally thousands of people who are scraping their pennies together by spending hours every day curating those beautiful Pinterest boards you love so much.

And sure, that part sucks. But the real beast? Not only will we not earn going forward (which is pretty rotten all on its own), but all of the boards, outfit ideas and styles I’ve spent 5+ years curating? They’re all dead links now. No warning, no redirect…they’re just gone.

I get it, we’re all hustling. But this just feels like a sucker punch to the gut in a prize fight I was already losing. Was I really taking that much money out of Pinterest’s bottom line? (Answer: no. Not even a little.) Could they really not have spent another day or two on this genius plan of theirs to figure out a way to just disable the redirect without disabling the link itself? So that, in other words, maybe I wouldn’t get my $5 for the sweater you bought, but at least you could still click and get to the sweater instead of a “we’ve decided this link is spam” pop-up (which also happens to be a lie)?

I know it’s probably stupid, and I should just suck it up and move on, but to tell you the truth, I’m a little crushed, friends. I’m crushed that all of that time and work I’ve put into building something that I thought of as a resource for you (and for me) is just gone. And more than that, I’m crushed that every day, the Internet is increasingly becoming a source of frustration and competition instead of a source of collaboration and inspiration. It all just chips away at the spirit, little by little.

So. All this to say that I haven’t really sorted out how I feel about this yet. Yesterday, I was ready to shut down my Pinterest account forever. Today, I’m just sad. Tomorrow, who knows. But for now, if you want to know what’s on my shopping list this season, I’d check here instead of Pinterest for a while.

I’d love to know what you think about all of this.