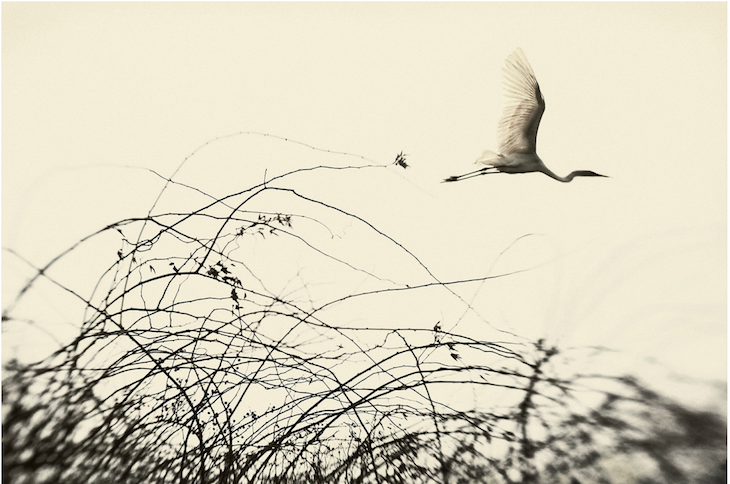 Meditation isn’t for everyone – and, though I’ve tried more than I care to admit, I’m finally realizing it probably isn’t for me. I’ve tried, really I have. In yoga classes, with special CDs, in total silence, in an actual Buddhist temple…you name it. After reading Eat Pray Love (both times), I tried to “smile in my liver” as the author’s Balinese healer/guru tells her. It lasted about 15 seconds. My brain just isn’t built for silence.

I come by my mental fidgetiness honestly: my mother’s utter and complete inability to do nothing remains one of our longest-running family jokes. On a group vacation to a Mexican resort a few years ago, if you wanted to find her, you’d have no luck on the beach or at the pool. She’d be sitting in the lobby playing cards with whomever she’d managed to temporarily lure away from their day of relaxation. She just can’t shut her brain off. She can – and does – happily redirect it to lighter fare occasionally, but one thing you will never, ever see is my mom zoned out on the couch. She’s locked and loaded 100% of the time.

With a pedigree like that, it’s little wonder my meditation skills are weak. But. Hope springs eternal, and I’m always – always – looking for new, inventive ways to quiet my mind (I frequently look for them while trying to quiet my mind – a paradox if ever there was one).

Recently (this segue will make sense in a moment, I promise), a great blue heron took up residence in the pond behind my house. (Before you get too excited about the fanciness of that statement, let me just say: it’s an apartment complex. The waterfall was not procured on my dime.) Now, I realize that a bird in your backyard might not exactly be news, but a great blue heron is one of the largest shorebirds in America, with a 7-foot wingspan. I think it’s fair to say that’s pretty impressive as birds go – particularly when it’s flying toward your window at 25 mph. So as you can imagine, despite the fact that his feathers make for remarkable camouflage against the massive “artfully strewn” boulders that surround the Disney-esque creation that is my view, this kid has a bit of a presence when he arrives.

I suspect he’s a fledgling, this gangly fellow (because of course I’ve created a back story for him). A teenage heron finding his way in the world, and the safety and serenity of our little manufactured oasis (which also happens to be fully stocked with deliciously decorative koi fish) makes this the best possible spot to hone his meagre hunting skills before venturing into more competitive waters in the San Francisco Bay just over the hill.

Though, frankly, “meagre hunting skills” is putting it mildly. I watch this poor heron strike out more often than Zach Galifianakis before he got famous. But of course, herons don’t have the option of throwing up their wings in despair, stalking off and grabbing a cocktail with their girlfriends. A bird’s gotta eat. And so, he tries again – and again, and again – to nab one of the hundreds of sleepy koi in our pond, stalking through the water with the comically slow gait of a Looney Tunes villain, hoping the stop-motion action of his reedlike legs in the water won’t give him away. And despite his comical failures, every so often he strikes gold.

Lately, I’ve taken to taking my tea out on the deck in the morning, before the rest of my house fully wakes, and watching what has become my own private version of the Nature Channel. Does anyone even remember the Nature Channel? National Geographic and Animal Planet are all high drama, sharknadoes and lion attacks. But the Nature Channel was a Zen garden. A channel on which it was entirely possible that you could watch an hour-long video of a bird fishing, narrated intermittently by a deep, soothing voice. And that was it. For the entire show. My grandfather, a veritable paragon of Zen whose straightforwardly calm approach to life I still miss every day, used to love the Nature Channel. I never really understood why…until this heron showed up.

You see, I can’t meditate to save my life. But as it turns out, I can watch this heron try to fish. Sometimes for half an hour at a stretch, if some exuberant labrador in the adjacent dog park doesn’t scare him off first. Most other people walking by don’t even see him, his camouflage is so impressive. But when someone does spot him, their reaction is always fantastic. They invariably stop dead in their tracks…followed by an almost hypnotic pull toward him. They have to see how close they can get to what is, admittedly, a pretty magnificent sight. Invariably, they get too close, of course, and he glares and flaps angrily back to the far side of the pond, his meticulous stalking setup foiled yet again. The whole process is entertaining, but hypnotic and soothing and predictable too. I’ve come to think of it as my modern version of meditation. Am I focused on mindfulness, chanting a mantra and emptying my mind? No. But my attention is rapt, that’s for sure. I don’t check my phone, or read a magazine, or anything really. It’s just me and the heron. Which, frankly, feels pretty zen to me.

In recent weeks, the heron has moved on…or grown up, probably, off to feather a little heron nest with a sensible girl heron who can show him the ropes, fishing-wise. But when he left, a belted kingfisher showed up – a hilarious little fellow that hunts by divebombing the pond like the Red Baron and nearly always emerging triumphant with a bright orange fish in his beak. Then there was the giant duck with an attitude problem, flapping his wings and strutting on the far side of the pond, which turned out to be a double-crested cormorant. And then a black crowned night heron, who hunkers down in a nearby willow tree looking exactly like Despicable Me with a fancy, feathered hat. (Now, did I know a double-crested cormorant from my left shoe? Of course not. But I found this fantastic app that can ID any bird in 4 questions…it’s kind of incredible, actually.) And before I knew what had happened, I was a birdwatcher.

These mornings with my little mini-aviary have gotten me thinking. Why does meditation have to be what it looks like in a Buddhist temple? For that matter, why does it have to be any one thing at all? Instead of looking at the form, what if we looked at the desired result? Assuming you’re okay with not actually communing with the Divine, in essence, the goal is to walk away from meditation feeling calmer, lighter, clearer and a little more at peace with yourself. With that in mind, any number of things might qualify as meditation: an early morning walk (without the dog or the husband or the kids). Sitting on a bench in a park, watching the sun set. Putting together a jigsaw puzzle.

Or maybe even playing cards in Mexico.

6 comments on “zen and the art of birdwatching”