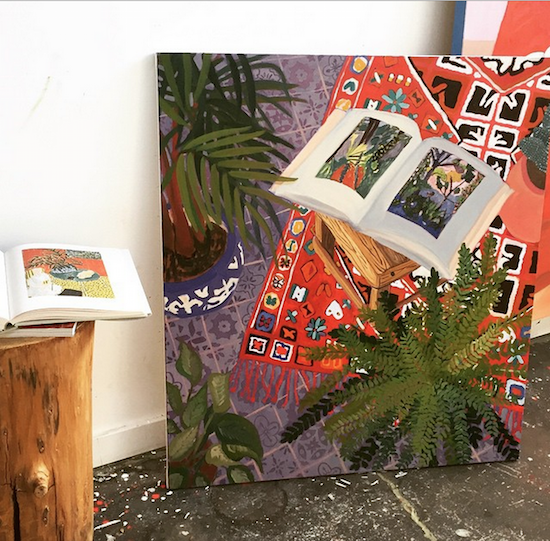 |  My first grown-up art purchase, by the insanely-talented Anna Valdez  |

We don’t talk about it enough here, but I’m what you might call an aspiring art collector. I’ve always secretly wanted to be a Collector (yes, with a capital “C”). You know, one of those obnoxious people who “acquires pieces” at a pretentious gallery opening instead of buying posters in the museum gift shop. Yep, I aspire to snobbery. I admit it.

Alas, I probably won’t be making off with a Picasso from a Sotheby’s auction any time soon. And for most of my life, that seemed like the only way to collect. You had to be a high roller. But then, the Internet happened. And after that, 20×200 happened. And the world of collecting art suddenly became…possible.

20×200 was the first time I realized that mere mortals could, in fact, learn about art, be knowledgeable about up-and-coming artists, and even collect art – all without a seven-figure bank account or a loft in Manhattan. I was in love pretty much from Day One.

So, it’s safe to say that it makes my entire week to tell you that I’m teaming up with them on a series of Q&As with their incredibly smart and savvy founder, Jen Bekman. I’m pumping her for the skinny on everything there is to know about being a grown-up art collector (without a Silicon Valley art-buying budget).

The first one launched today, and I won’t lie…my feathers are pretty fluffed up about the whole thing. I hope you’ll love it.