So, first, I have to break the bad news…I didn’t get to meet Tim Gunn in person after all.

Wah-waaah. I know. But I did get to talk to him on the phone! Here’s how it all happened (I can’t believe I have actual celebrity dish for you!): Tim was coming to Portland to host a Lucky Brand Jeans event, and his PR folks contacted me to see if I’d like to interview him before the event (um, YES!). After our lovely chat on the phone last week, Tim asked me to attend the Lucky Brand event, and to let his people know I was there so he could meet me (!). Convinced we were destined to be BFFs, I showed up, dressed to the nines, of course. But alas, his schedule (or more specifically, I suspect, his handlers) had other plans. So, I had to settle for sitting 6 feet away while he expounded on everything from the tortures of warm-weather dressing (he shares my hatred for capri pants and showing too much skin) to that bitch, Gretchen, from season eight. Not a bad consolation prize…especially when paired with our phone chat. But I’ll admit, I was a bit blue. 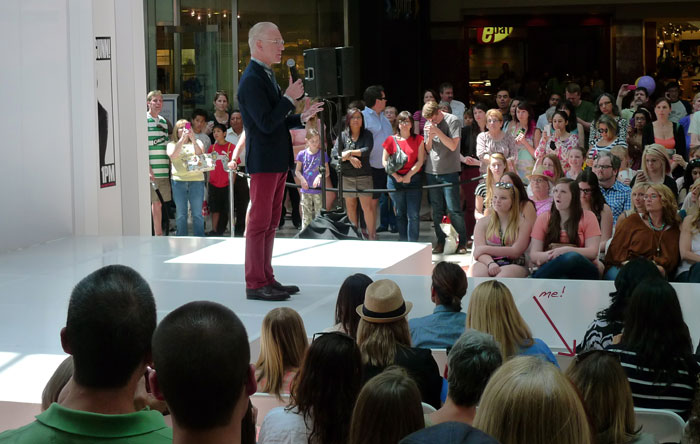 {Photo by my darling hubs. Yes, that’s me, over in the right-hand corner. You can always spot me by the sunnies
perched on my head. And PS, aren’t those red jeans adorable on Tim? }

Minor setbacks aside, it turns out that, in person (and on the phone), Tim is every bit the poised, well-mannered guy you want him to be (if considerably skinnier). But he also loves to dish, just a little bit. He has some fantastic stories about behind-the-scenes wars with Heidi and the other Project Runway judges, which entertained me to no end. He’s nothing if not honest, but he has that rare gift for delivering the truth in a way that doesn’t make you hate him. {And as a bonus, it turns out the event wasn’t a total loss: Lucky Brand actually has some extremely cute summer wares, and is offering 20% off online today. Score!}

I know, I know, blah, blah. “Get to the part where Tim tells us the secrets of the fashion universe,” you’re thinking. And so, I shall. But be prepared…it’s long. He’s a chatty guy, that Tim Gunn. I edited for length, but not for content – I didn’t want you to miss a thing! So, this is the world’s longest blog post. You’ve been warned. END_OF_DOCUMENT_TOKEN_TO_BE_REPLACED

Wow, this weekend is hoppin’, friends! So many fantastic things happening, I have a feeling I’ll be a pile of mush by Sunday night. If you’re in Portland, come join me at any or all of the following:

Whatever you’re doing, I hope it involves your mom somehow. Mine is jetting off to points unknown (aka, Virginia) for the weekend, so I’ll have to celebrate long-distance style by publicly embarrassing her. Love you, Mom! 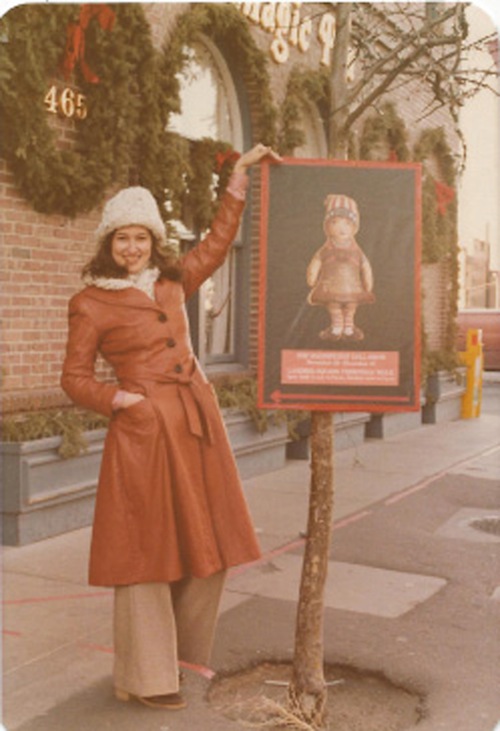 {My awesome mom, being adorable in her leather trench, chunky knits and some pretty fantastic boots back in the ’70s.
None of which she saved for me.}

However you spend it, have a great weekend, friends…see you next week!