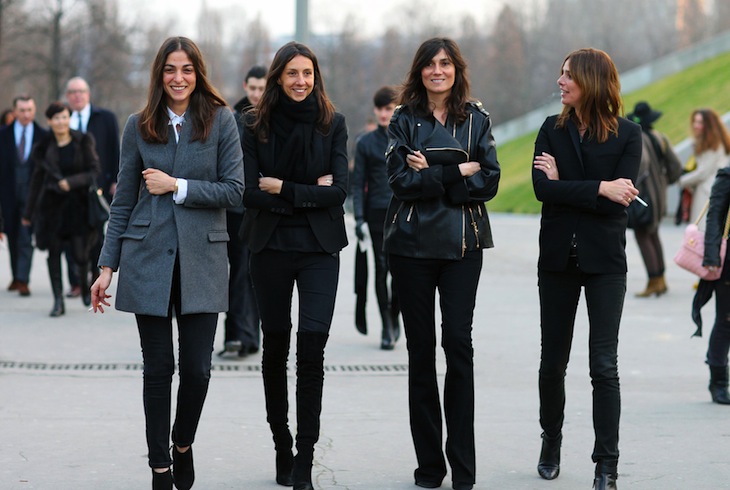 Hi, friends! I’m back, I’m caffeinated, and I’m finally ready to start telling you all about that wonderful trip I took. Before I get into the official travel reviews, tips and all of that goodness, something’s been nagging at me. Something I noticed literally nonstop on this trip, time and time again. I’d sit in a café, sometimes for hours, just people-watching. Or, more specifically, scoping out all of those gorgeous Parisian girls whose style we’re always trying (and failing) to emulate over here. And by about Day 6, something clicked. I finally realized they’re all doing the exact same thing. The clouds parted, and the secret formula for how to dress like a French girl was finally bestowed upon me by the fashion gods. Are you ready?

Night = Swap the impossibly cool jacket for a navy or black blazer (okay, I saw pale pink a couple of times), swap the flats for a simple stiletto, and swap the scarf for a bare neck. Add a single cocktail ring and a delicate bracelet or two.

Once I saw it, I realized it was everywhere. I am not exaggerating when I tell you this is what I saw 95% of Parisian women wearing every single day. If the girls were younger, they’d jumped on the athletic shoe trend and were wearing New Balance Classics instead of ballets. If they were older (60+), they swapped the jeans for a well-cut pair of trousers. And if they were just heartbreakingly chic, they were carrying a vintage Hermes Kelly instead of the tote. What makes this formula work, time and time again, in just about any scenario?

So, how do we replicate this at home? It’s simple, I swear. The tees and jeans I think we have down. And the ballet flats, for that matter. But you’ll need a scarf – something that accents your ensemble without standing out, that you can wrap a dozen ways and look bundled yet light, flawless and completely pulled together. In other words, this: 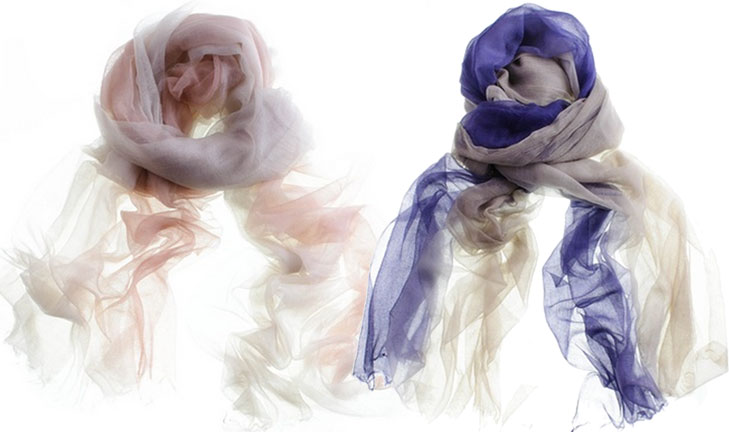 Solid, neutral colors are where it’s at if you’re going for true French style – printed scarves in Paris are few, far between, and generally left to the Hermes-wearers. That might sound boring, but I’ll tell you – it is gorgeous in practice. This beauty from Black.co.uk was waiting for me when I got home, and it is exactly, exactly what would make those Parisian girls  nod at you approvingly (which is, after all, the highest sartorial praise known to womankind). It would not be an overstatement to say I’ve worn it every day since it arrived. It’s ethereally light and absolutely enormous, which makes things so easy (rule of thumb: the bigger the scarf, the easier to tie). The pale pink flatters my skin like nothing else, but is subtle enough to match everything I own. And even though it’s cashmere, it’s so light, I can wear it on a 70-degree day. I am obsessed. Next variable: the jacket. On multiple occasions, I followed girls for blocks (what? It was for science.), trying to scope out their jackets because they were so fantastic. You have a few options here:

C’est tout! A simple, classic uniform with a million possible variations. Now that I’m home, I’m putting myself to the test. I’m going to spend the next few weeks dressing more simply, more “French girl”, and see how it feels. On one hand, I think the simplicity could be liberating. But it could also get boring in a hurry, right? Either way, I’ll keep you posted. What do you think, friends? Do you want to try this little Parisian experiment with me? Or are you still happiest in your bold, bright J.Crew finery?

PS: If you need more inspiration, check out a few of my top French girl style picks:

21 comments on “how to dress like a french girl”